Trending
You are at:Home»Entertainment»Movie Review: ‘Brigadoon’ on stunning Blu-ray

Warner Archive has just released the wonderful musical “Brigadoon” on Blu-ray for the first time. This stunning story stars Gene Kelly, Van Johnson, and Cyd Charisse. It’s an entertaining plot filled with plenty of music by Lerner and Lowe.

New Yorkers Tommy (Kelly) and Jeff (Johnson) get lost while hunting in the Scottish Highlands. All of a sudden they see a small village that isn’t on any of their maps. While exploring this place, and looking to find a way home, they enter the mysterious village and learn of the curse put on it and everyone who dwells there.

The town and everyone in it are put to sleep for 100 years at a time. They only awaken once every century yet for them it has only been one day. So, the town is mired in the past. The caveat of the curse is that if any townsfolk leave the town during the one single day they are out in the open, the village is doomed. But if an outsider truly loves someone in the village, he/she is welcomed and becomes part of the fabled village.

Tommy meets Fiona (Charisse) and they are instantly attracted to each other. Fiona is preparing for her sister’s wedding. The entire town is excited about the event. Today’s the day.

“Brigadoon” was a hit Broadway play before becoming a celebrated movie musical. The Lerner and Lowe songs are lyrical and memorable: “Waitin’ for My Dearie,” “I’ll Go Home with Bonnie Jean,” “Heather on the Hill,” and “Almost Like Being in Love” will have viewers singing and humming for days.

On this new release there is a ‘Song Selection’ bonus in which viewers may select a song and watch just that scene. Also included on the disc are four deleted scenes/songs. They are not as tuneful as the ones left in the final cut, however the audio of Kelly singing “There But for you Go I” is a wonderful song. 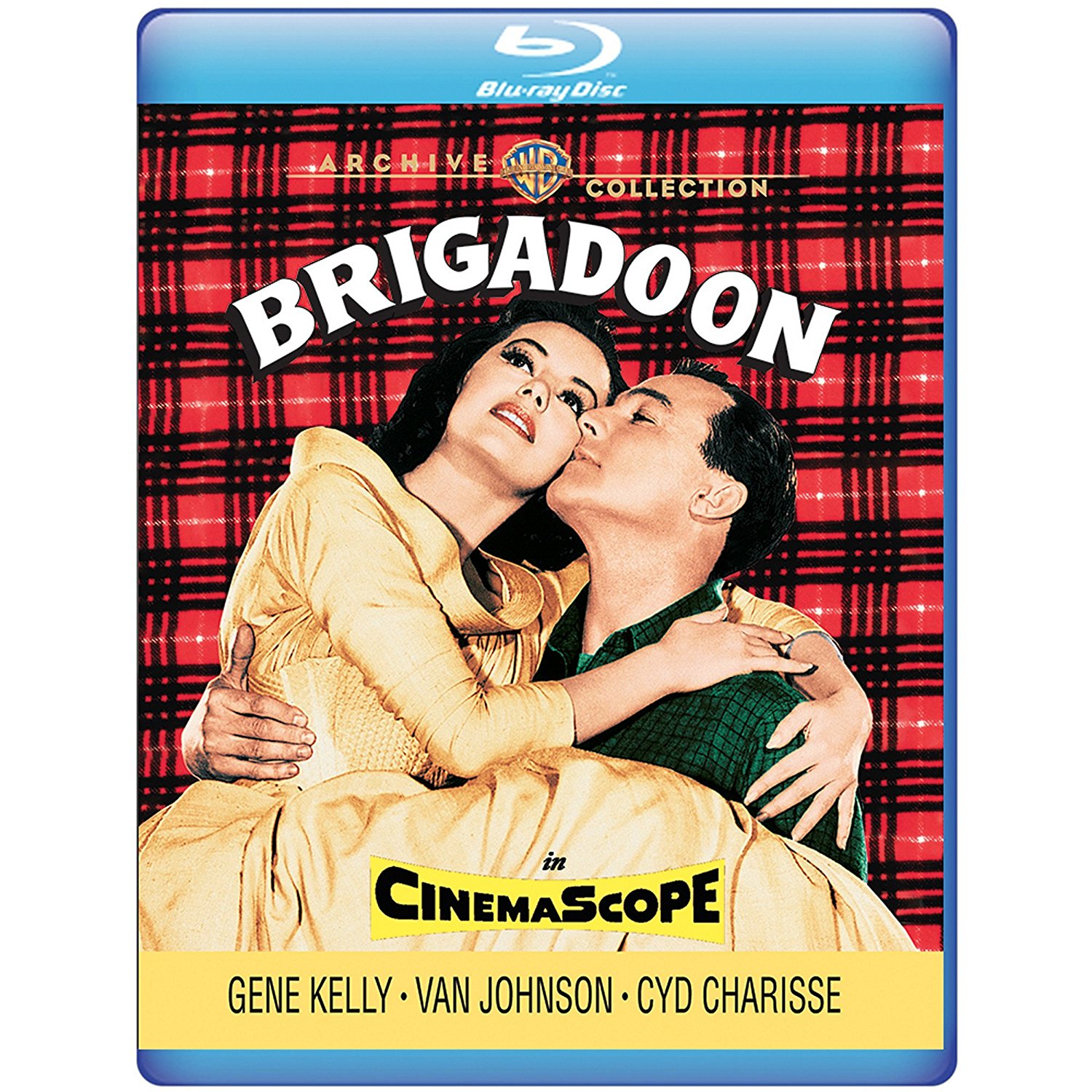 “Brigadoon” is a timeless classic, no pun intended. It transports viewers to a magical place with interesting people and entertaining songs and dances.

You can purchase “Brigadoon” on Blu-ray at the Warner Archive website www.wbshop.com/warnerarchive or where DVDs and Blu-rays are sold.